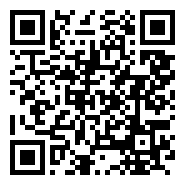 The end of love, the start of a journey

Bin broke up with his girlfriend. His ex-girlfriend, Su, complained about his lack of interest in traveling and literature, so she believed he was soulless and they could no longer get along. However, Bin did not give up.
After the break-up, Bin decided to hit the road, and was determined to become a well-traveled and well-read literary youth. He decided to practice writing while traveling by writing a post card to Su each time when he arrived at a new city, so that Su could see his resolution to change.
After having planned his route by tracing great writers’ steps, Bin started a half-year journey of listening. He hoped to get closer to his heart, leave behind the sadness for losing his love, and become a good man who loves traveling and literature.
Will Bin be able to bring Sue back in the end?