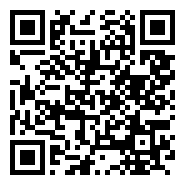 An Encounter with Century-Old Literary Gems: The Literary Exhibition of Haruo Sato's Travel Writing on Taiwan 1920

In 1920, precisely a hundred years ago, Haruo Sato left colorful bustling Tokyo and came to the budding Taiwan, where the transportation network had just been completed. This self-discovery trip for getting over a love conundrum brought abundant possibilities to Taiwanese literature and established a new direction for young Sato. The delicacy and cruelty of Imperial Japan clashed with the southern scenery and rich culture, leading to a literary encounter that was ravishingly mystical yet sharply incompatible. The exhibition gathers Haruo Sato's works on his journey in Taiwan and combines academic research from later generations. Taking place a hundred years after Sato's works were written, the exhibition attempts to re-illustrate the meaning of travel and self-discovery, as well as art and life.

With dozens of works, including stunningly surreal novels, bizarre fairytales, and detailed documentary proses, Haruo Sato's trip in Taiwan became an opportunity for him to advance further in life and his literary career.
Transitioning from an aesthetic writer to a role model for new writers such as Osamu Dazai, his travel writing on Taiwan provided Japanese literature with brand new topics: the tropics, southern territories, and indigenous people. Moreover, his works motivated Taiwanese literature to explore itself by examining the history of settlement, supernaturalism, melancholia and romantic heartbreaks, and critiques of civilization. Sato's influence was so widespread that Japan's mainstream literary scene began to notice this "foreign land", which further brought Taiwanese writers to the Japanese literary world.