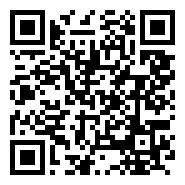 Reading Sexualities: The Many Faces of Gendered Literature in Taiwan

This exhibition tells the story of gender revolution in the literary world, where sensitive minds were once again ahead of their time. They were there to reject old rules; and in this case, rules on gender. They brought up new ideas regarding male and female power roles, regarding love and lust, and stirred the society with their pens.

This exhibition will first walk you back to the time where females were always considered inferior to men, where romantic relationships were firmly framed under male-and-female-only, and where the wheels started to turn to the present pursuit for diversity and tolerance. Just like many others, the story shall begin with once upon a time, where damsels were again in distress because their freedom was hindered by feudal code of ethics. It was a time when women could only make obscure protests through supernatural fairy tales and legends. It wasn't until the post-Japanese colonial period that the issue of female oppression was finally brought to light. Unfortunately, very few sympathized enough to give a voice, and those who did were largely men. After the war, a wave of immigration from the mainland came to Taiwan, bringing women writers who not only demonstrated their female elegance and talents, but also untraditional writings on lust and homosexuality. With their pens, they tried to break the wall of patriarchy. Soon after the martial law ended, they began to thrive along with everything else. Magazines, street protests, legislations, and passionate writings burst forth and formed powerful social forces.

Sex can be both motional and textual. This special exhibition on "Sex in Text" brings you insights of Taiwan Literature on the manipulations of sexual organs within patriarchy, feminism, and empowerment. Each text literally took a fight to break into the light.