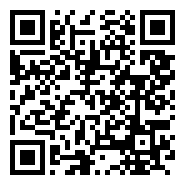 A Voyage into Infinity: The Exhibition of Ocean Literature in Taiwan

Ocean, the home of fish, whales, dolphins, and circulating ocean currents, covers three quarters of the Earth's surface and is seen as the extension of land. It connects different continents, urging the migrations and movements in human history. It also creates the distance between different peoples and nations, shaping dissimilar cultures.

The essence, isolation, and imagination of the ocean are represented through the writing of ocean literature, like glistening light reflected by rippling waves. Writers' praise, awe, discovery of the ocean as well as their nostalgia, sorrow, and longing for it, along with the hope and vast possibility that grow from knowing the ocean, have molded the face of ocean literature.

Like its subject, ocean literature is diverse, profound, and exuberant. Contrasting to the values of land, it has captured writers' attention and encouraged their exploration since the ancient time, and enabled a more diversified vision for Taiwanese literature.

Taiwan is an island country surrounded by the seas, with the Kuroshio Current flowing along its coast. Since the 16th century, Taiwan has emerged in world history and undergone different historical eras from the Qing Dynasty, and the Japanese Colonial Period, to the post-World War II period. Taiwan has been deeply affected by the ocean and has taken in different ethnic groups and cultures for this reason. However, Taiwan's people were separated from the ocean for almost half a century because of political suppression. Taiwanese writers of each era have written about the ocean in the contexts of relocation and long, difficult voyages. Since the 1990s, writers have purposely written about the ocean and actively created an ocean culture and school of thought, leading to the formation of Taiwan's maritime literature.