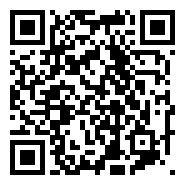 Faces of Literature is a photography project featuring Taiwanese
writers’ portraits hosted by the preparatory unit of the National
Museum of Taiwan Literature, known as the Institute of Cultural Heritage
Preservation at the time, between 1998 and 2001. For this project,
documentary photographer Lin Po-liang took photos of a total of 23
Taiwanese writers. At this exhibition we will show the photos of nine
such writers born during the Japanese Rule. They are: Wu Yung-fu, Chung
Chao-cheng, Wang Chang-hsiung, Tu Pan Fang-ke, Yeh Shih-tao, Liao Ching-
hsiu, Cheng Ching-wen, Chen Huo-chuan, and Chen Chien-wu.

Exactly because the writers were born in that period, due to change of a
political regime and oppression against the language used by the
previous regime, the writers were forced to use Chinese instead of
Japanese when they wrote, making them a “cross-language generation.”
The writers needed to learn a new language from the start, so as to
cross that giant linguistic gap. Yeh Shih-tao, for instance, learned
Chinese by reciting dictionaries and practicing after Dream of the Red
Chamber – a tough though practical way to acquire a new language. The
writing logic and the cultural mindset of each language are
significantly different, and this affected the writers’ lives
significantly. Nevertheless, step by step, they leveraged their passion
for literature, breaking free from the restraints cast upon them by
others, and eventually started to write again.

It should be noted that, while facing the same circumstances after the
war, each writer had different cross-language experiences previously.
The writers who immersed in Japanese-speaking environs must spend more
effort to switch to Chinese, because their linguistic gap was much
wider. It took them much longer time to make the transition.
Nevertheless, these writers were still equally passionate about
literature. In their writings, one can find the writers’ zealous effort
and their thoughts on life. The writers all strove to turn the weight of
a new language into momentum for writing. In literature, they were able
to find peace for their solitary minds. What a unique, heavy phenomenon
in the history of literature in Taiwan.