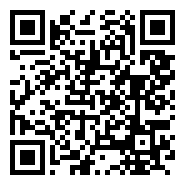 Lung Ying-tsung was a male writer with a given name of Liu Jung-tsung. He
used pennames such as Beardless Old Man of Taipei, Tu Nan-yuan, Peng Chih-
yuan, and Liu Chun-tao. Born in Beipu, Hsinchu on August 25, 1911 (44th
year of Meiji), Lung was a weak child when he was little. He staggered
from time to time, and suffered from asthma. On September 26, 1999, Lung
died, having enjoyed an 89-year life. Lung graduated from the Department
of Commerce, Taiwan Trade and Industry School, during the Japanese Rule.
He worked for the Taipei Headquarter, Nantou Branch, and Hualien Branch of
the Bank of Taiwan.

After leaving BoT in 1942, Lung became an editor for Taiwan Daily
Newspaper, National News, Children’s News, and Taiwan New Reports: Every
Ten Days, a magazine under Taiwan New Newspaper; an editor-in-chief for
the arts and literary section in Japanese and the head of the Japanese
team for China Daily News; an officer in the Department of Civil Affairs,
Taiwan Provincial Administrative Executive Office; and later a deputy
officer in the Indigenous Administration Guidance Room, Civil Affairs
Office. Lung at this time edited Shanguang Ten-day Journal alone.

In 1949, due to personal finances, he transferred to Taiwan Cooperative
Bank to be a clerk there. During this time, he and colleague Chang Wo-chun
edited articles for the bank’s internal publication, Cooperative Journal,
and was an editor for Baseball Community, a magazine. In 1976, he retired
as a senior executive officer of Taiwan Cooperative Bank. Most of Lung
Ying-tsung’s works are novels. He divided his own works into two types,
autobiographical and fictional. The former includes “Broken Clouds” and
“Night Flow,” with the writer appearing in the stories as Tu Nan-yuan.
The latter includes “Tu Fu in Chang’an,” “Woman on Fire,” and “Dark
Moon, Rising Winds.” He also wrote reviews, modern poems, theatrical
scrips, and essays.

In 1937, for “A Small Town Planted with Papaya Trees,” a novel, the
writer received the Excellence Prize of the 9th Reformation Novel Awards.
This allowed him to ascend to Japan’s literary central stage and became
acquainted with renowned Japanese writers such as Kikuchi Kan, Kume Masao,
and Abe Tomoji. In 1940, he joined the Taiwan Writers and Artists
Association and served as an editing committee member of Arts and Cultural
Taiwan, a magazine published by the association. In 1942, he and Chang
Wen-huan, Nishikawa Mitsuru, and Hamada Hayao were selected to be
Taiwan’s representatives of the 1st Great East Asia Literary Forum. Since
retirement, he picked up his writing pen again, first completing mid-
length novels in Japanese such as “Ladies of Mazu Temple” and “Night
Flow,” and full-length novel Vicissitudes. Starting in 1980, Lung focused
on writing in Chinese and translated some of his previous works.