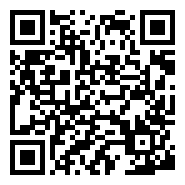 Wu Yan-he (1940 - ) of Nantou County, Taiwan, was born in Beijing, China. His father was the novelist Wu Kun-Huang, famous during the Japanese occupation. In 1958, he took up doing fieldwork for the preparatory office of Academia Sinica's Institute of Ethnology. Upon graduation from National Taiwan University’s Department of Anthropology, he took a master’s degree from the University of Hawaii and a PhD from Australian National University. This book may be called Wu Yan-he’s memoirs of over forty years of fieldwork. With his fellow anthropologist and beloved late wife Wang Wei-lan, he traversed South-East Asia, Papua New Guinea, minority areas in China’s Yunnan and northeastern provinces, as well as Taiwan’s indigenous villages. On the canvas of homelands, fields and trains, he depicts the intimate connections between two anthropologists and their fieldwork. Sections 13 and 14 of this Japanese-language version contain observations and reflections from a one-year stay in Kyoto, which the original version does not have. In addition, the preface offers his personal eyewitness account of the historical events on Tiananmen Square during his stay in Beijing. Japanese translator Hino Midori specializes in China studies and culinary culture. She holds the chair of China Studies at Doshisha University.