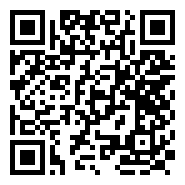 Chung Wen-yin (1966 - ), born in Erlun Township, Yunlin County, Taiwan, is a graduate of Tamkang University with a major in Mass Communications, and the recipient of the United Daily News Short Story Award, the Wu San-Lien Award, the Lin Rung San Award and many other important prizes and literary accolades. She studied oil painting in New York for two years, and worked as a photographer and news reporter. She published collections of short stories, essay collections, novels and graphic books and many other works. Family writing is one of Chung’s major creative themes. Her Island Trilogy, which took seven years to complete, comprises Decayed Lust (2006), Decayed Life (2010) and Decayed Land (2011). In addition to depicting the desires of contemporary urban women, she also contemplates the lives of men in days past. In her account of family and society that stretches over a century, she portrays the erotic bloom and decay of Taiwanese women. The Island Trilogy consists of three volumes, of which the Japanese version, Decayed Life, is one. The Japanese translators include the late Ueda Tetsuji, former professor at Tzu Chi University, Taiwan, Yamaguchi Mamoru of Nihon University, Miki Naotake of Hiroshima University, and Ikegami Sadako of Atomi University.