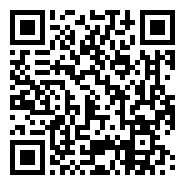 Bai Qiu ,real name He Jin-rong, born in 1936 in Taichung, Taiwan is one of Taiwan's most important contemporary poets. Bai Qiu’s poetic style is unique, with content themes and formal techniques displaying extreme variety and a high degree of artistic experimentation, vividly representing reality. He has therefore received high praise from all corners of the literary world, and quite a number of his works have appeared in foreign translation. In 1974, Harlekin Press of Pforzheim, Germany, published the first German translation entitled ‘Taiwan's Fire’ (Feuer auf Taiwan). ‘Chansons’ is the second German publication, with 40 of Bai Qiu’s poems selected from his six collections, arranged chronologically, so as to present a complete picture of his development as a poet. Liang Jing-feng, the German translator of both collections, is a German linguist and literary critic who has published many translations. In addition, ‘Chansons’ has been proofread and edited by the German sinologist and literary translator Dr. Wolf Baus. Scholars and cultural critics have hailed these translations as ‘Natural, expertly done, truthful, fresh, and close to Bai Qiu’s spirit and form’ (World Literary Magazine, ed.4, December 2012).