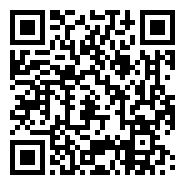 Wu Mingyi (1971-) is an associate professor of Chinese Literature at National Dong Hwa University. In 2003, he received a doctorate from the Department of Chinese Literature at National Central University with his dissertation on contemporary Taiwanese nature writing. Wu grew up around the no longer existing Chung Hua Bazaar in Taipei, which continues to be an inspiration to him. Wu’s creative work is not limited in form or genre. Through novels, essays, painting and photography he explores the relationships between the ecological environment, life and literature. Routes in the Dream (2007) is a complex historical novel exploring memory, war and humanity.
Following Saburo, a young worker in Taiwan under Japan’s colonial rule, and a contemporary character ‘I’ with abnormal sleeping behavior, the novel relates how war ferments in their memories. Routes in the Dream contains many mysterious characters: Guanyin as a powerless boddhisattva, a turtle rock mistaken for a bed’s leg, a pilot being barred from the zoo, a younger incarnation of Yukio Mishima, and so on. This work presents Taiwan’s history through a novel way of writing which traverses and transcends the boundaries between fiction and memory, neverland and history.
The French translator is a PhD candidate at the Cross-literary and Cross-cultural Institute of the Jean Moulin Lyon 3 University in France. His translations include Wu’s second novel The Man with Compound Eyes, to be published in France in 2014.