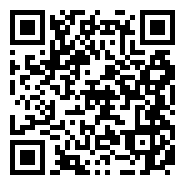 A Quarterly Journal of Contemporary Chinese Literature from Taiwan, Summer 2014

The Taipei Chinese PEN: A Quarterly Journal of Contemporary Chinese Literature from Taiwan, founded in autumn 1972, publishes four issues per year, without fail. With support from Taiwan’s Ministry of Culture, the National Museum of Taiwanese Literature, the Ministry of Foreign Affairs, and the Hao Ran Foundation, it has completed over 2,000 translations in 164 issues over 41 years. Each issue contains quality translations of Taiwanese contemporary poetry, essays, novels and works of art, and is distributed to major libraries, universities, and literary organizations around the world, even to embassies and representative offices of Taiwan’s Ministry of Foreign Affairs and friends of Taiwan. In response to passionate pleas from Lin Yu-tang, the quarterly was founded by Nancy Ing, and has appeared under the following editors: Chi Pang-yuan, Song Mei-hua, Peng Jin-gxi, Zhang Huiyan, Tien-En Kao and Liang Xin-rong. Around 150 Chinese-English expert translators and proofreaders continuously give their best efforts to make every page a brilliant one. The Taipei Chinese PEN may be called the flesh and bones of contemporary Taiwanese literature, and the beautiful English translations its blood, pulsing with the deep emotions of Taiwan’s writers and publishers and with the love for this land.