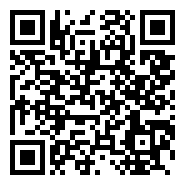 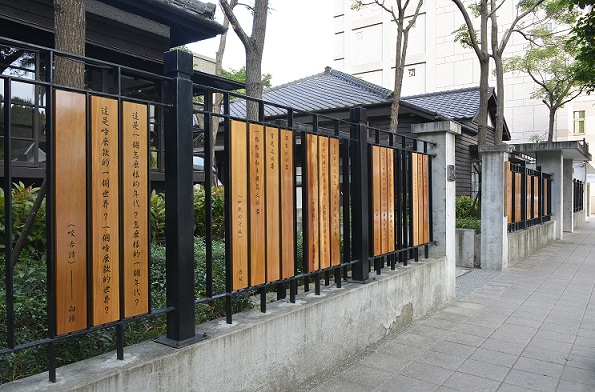 Tainan area has long celebrated a wealth of literary heritage nourished by its richly endowed agriculture and trade economy that has enabled a thriving creative cultural tradition. The legacy of poetry can be traced from the Sirayan indigenous ballads to the classical poetry and verses of the Koxinga and Qing dynasties, and eventually the modern poetry from the Japanese rule nwards. Today, poets of Tainan continue to create outstanding works of diverse styles to the enjoyment of young and seasoned readers alike. This exhibition centers on the stories behind the poets of Tainan and their works. It surveys the kaleidoscopic creativity of each generation of poetry writers and the development of the genre in Tainan over time. Collectively, they showcase Tainan’s remarkable achievements in the area of poetry.

This section includes poets born between 1895 and 1945, namely,the start of the Japanese occupation through the end of WWII.During this time, a literary circle has begun to form in Beimen County, Tainan State, known as the Yenfen Region in the postwar era, which consisted of Beimen, Xuejia, Jiali, Jiangjun, Xigang and Qigu. Hailed from this area were poets Wu Xinrong, Guo Shuitan, Lin Fangnian, Lin Qingwen, Lin Fouer, and Zhuang Bolin. While realism was the dominating style, modernism has also begun to wield influence on Taiwan’s poetry world at large. The best such exemplar was the Windmill Poetry Society and its periodical Windmill, which were founded by Tainan poet Yang Zhichang. It was the poets of this period of time who planted the seeds that served as inspiration and cornerstone for the future generations of writers to continue pushing the boundaries of the art of poetry.

Robust Growth — The Postwar Era through the Fifties

This section surveys the postwar baby-boomer generation poets born between 1945 and 1959 whose prime of life was spent under the martial law. After the lift of the law, they began to experience the gradual transition of Taiwan from an agricultural society to one revolving around industrial economy and the new freedom of speech that resulted in diversification of literary thoughts and practices that lasted until today. Despite dramatic social changes, the poetry circles of Tainan in this era continued to bloom. Notably, among the new generation of poetry litterateurs were three unprecedented groups. They included female poets, poets who wrote masterfully in Taiwanese, and poets who straddled both academic and creative careers. Inspirations of local culture and the environments of Tainan could be found in a good number of works from this time period. The seeds of poetry sowed during the Japanese era now matured into a robust tree.

Blossoming — Poets of Tainan After the Sixties

Poets in this section were all born after the 1960s. Their full-time professions vary, including university professors, high school teachers, civil servants, magazine editors, theater play directors and journalists. Among them are several females, such as Qin Chuan, Wang Shufen, Cai Shuhui, Yan Ailin, and Li Yu, each having their distinct style. Additionally, the themes these poets tackle also gradually expanded. Apart from personal emotions, social realities and landscape and regional customs and traditions, literary forms and topics of their interest now include children’s and young adults literature, nature and ecology writing, and gay literature. The development of poetry writing in Tainan at this stage celebrates flourishing and variegated vibrancy. 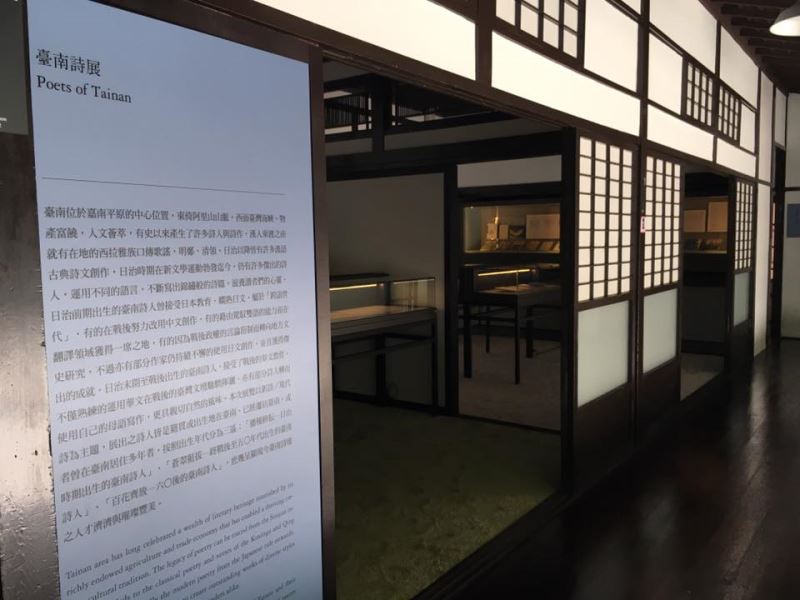 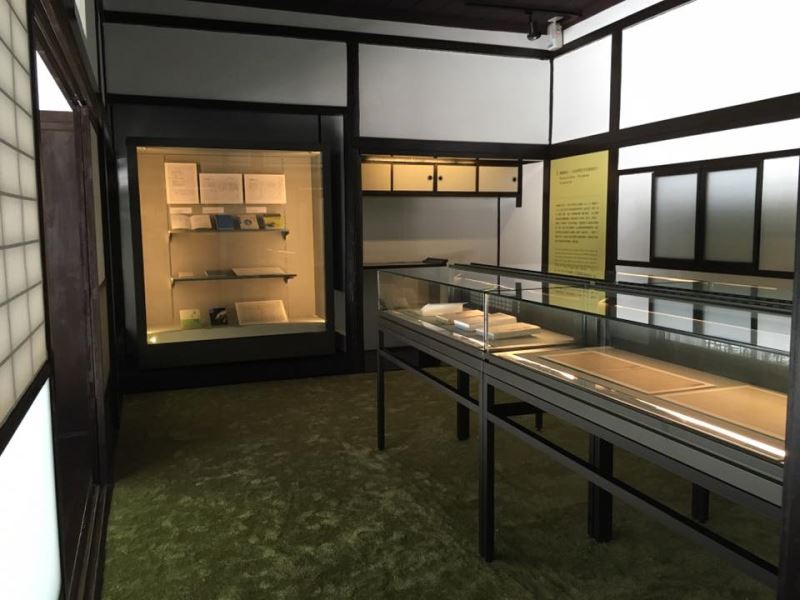 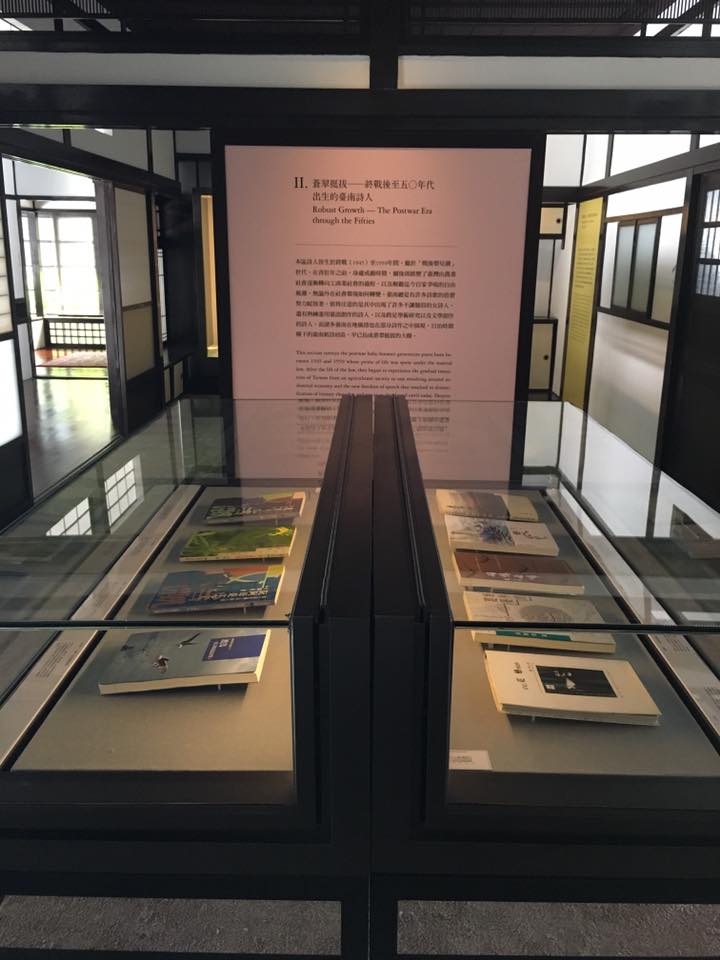 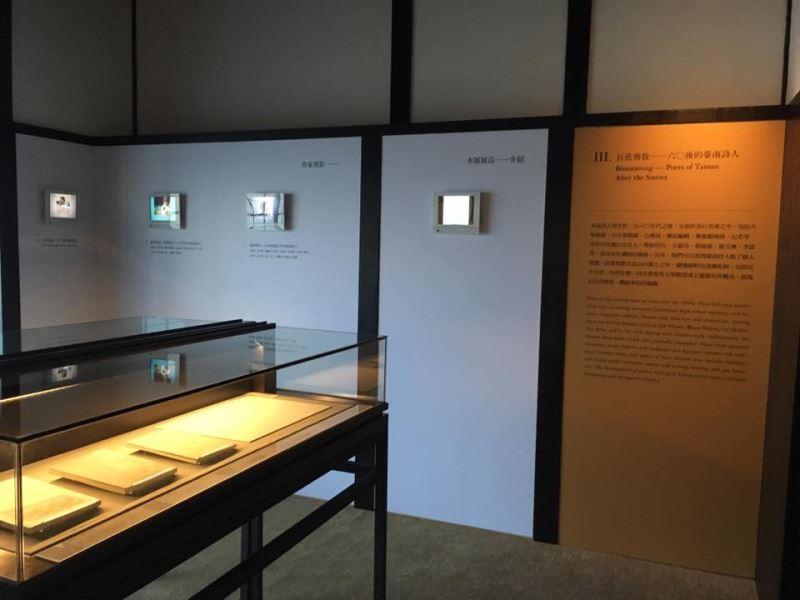