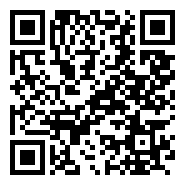 From First Sino-Japanese War to Cession of Taiwan: A Special Exhibition of Taiwan Literature

The Qing dynasty’s Northern Fleet, claimed to be dominant in East Asia, was defeated by Japan’s fleet in the Sino-Japanese war, 120 years ago. Incidents of the signing of the Treaty of Shimonoseki, the short-lived Republic of Formosa, and the cession of Taiwan to the Empire of Japan had occurred one after another. Among the incidents, the historical Cession of Taiwan became not only a memory shared by later generations of people, but also one of the symbolic images of anguish presented in Taiwan literature. The original intent to zero in on the topics of the First Sino-Japanese War and the Cession of Taiwan from literary works is to make the history more aesthetic, allowing literature to bring out the different mindsets and feelings from all ethnic groups at the time towards the running wheel of history.

Japan had been continuously covetous on the land of Taiwan since the late nineteenth century to the early twentieth, causing the Mudan incident, the Battle of the Yalu River, the Cession of Taiwan, and finally the resistance and the transformation of the civilization of the people in Taiwan. Marking the 120th anniversary of this historic incident, this exhibition is to confront the subject from the perspective of literature by presenting literary documents written from the points of views of the Qing’s court, the people in Taiwan, and the Japanese, to piece together and restore the ground streams and tributary streams under the river of the history. By presenting the traditional poetry and prose collections, historical biographies, genre paintings pictorials, novels of current events, ballads and folk slangs, as well as prose, poetry, and romans-fleuves written by later generations, totaling over a hundred pieces of precious texts, which are displayed in different areas, we hope that the most profound, heroic, significant part of the history of Taiwan can be traced back.