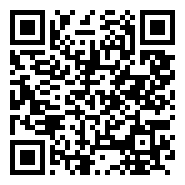 This exhibition is dedicated to the Mainlander soldiers, who thought were just temporarily retreating in 1949, their families, their descendants, as well as all the groups that have lived with them for seventy years.

The title of the exhibition, "The Inn", has two meanings. First, it is, literally, a journey full of difficulties. Second, its original meaning is an inn that receives guests as in Li Bai’s poem” Preface to the Feast in Peach and Plum Garden on a Spring Night”: “The universe is a temporary inn for all living things and time is a transient visitor going through hundreds of generations.”

Everyone on this island is, in fact, just a passing immigrant arriving at different times, gathering together due to chances. Taiwan is an inn under a starry night. It welcomes all visitors regardless of their differences.

How should we present the migrant literature since 1949? If we only focus on the homesickness of this group of people, the subjects of description are probably too far away for others to relate to themselves. If we only focus on the impression that other groups have to them, most impressions might be only stereotypes. In fact, there are more moments of understanding and misunderstanding, and more contradicting interactions between “this group of people” and “that group of people” – especially in literary works.

Of course, "this group of people" is not a homogeneous collection. There are always divisions within people. The lines of divisions are drawn never simply based on “provincial citizenship”. The gap between the rich and the poor, the differences in background, the hostilities among different classes, and the oppositions of interests are all sources of conflicts. Similarly, “Taiwan post-war immigrants” also include high-ranking officials, middle-class groups, military villagers, as well as marginalized minorities. Together, they all endured a preposterous change, and unexpectedly, embarked on a journey of life. Seventy years have passed, and Taiwan has to stop the stereotypes of “old taro”, “mainlanders”, and “old veterans”.

In literature, we will see the humanity and compassion under the giant wheel of 1949.