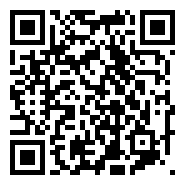 Challenge Me If You Can: A Special Exhibition on the Watershed Debates in Taiwan Literature

Unspoken words leave dissatisfaction unvented, while undebated ideas leave meanings unclear. The developmental history of Taiwan literature is virtually a history of 'wars of the pen'. Literature is no exception. Writers use pens as swords, call forth battle formations with words, and face off against one another in earnest, literary combat. While systemic arguments and theories are sometimes established after the dust settles, other times, schisms may be created, adversarial factions formed, and even political taboos ruffled.

Brandishing Pens as Swords: Challenge Me if You Can!

As beliefs enable perseverance, artistic sense prompts critique. Writers have their own beliefs and artistic senses, so they naturally disagree with each other, thus establishing the tradition of laying down mutual challenges.

Over the past century, multiple 'wars of the pen' of varying degrees of severity have been waged upon the battlefield of Taiwan literature. As writers are adept crafters of verbiage, the clashes of words among them have naturally been fierce. The phrase "challenge me if you can" conveys not only the satisfaction of fighting others freely but also the passion of these writer-combatants for the literary arts. Their determination is as sharp as a knife, and the pain suffered in setback or defeat shows what each participant feels is at stake.