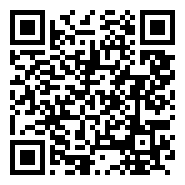 Memories of Our City──Hong Kong Literature From Yesterday into Tomorrow

Double-decker buses, tea restaurants (cha chaan teng), the Chungking Mansions building, and the modern slapstick comedy genre of mo-lei-tau all help color our modern-day image of Hong Kong. The territory is a true anomaly – a synthesis of the traditional and the modern, a juxtaposition of the sedately sober and the tastelessly tawdry, a pairing of red and white roses – all packed into this small peninsula and its surrounding islands.

The fate of Hong Kong, a collection of southern Chinese fishing villages scattered across Hong Kong Island and the Kowloon Peninsula diverged abruptly from the fate of the surrounding Chinese coast in the 1840s with the assertion of British colonial rule (the New Territories were added to Hong Kong in 1898). As new immigrants and capital poured into Victoria Harbor, the colonial government left traditional society largely alone. However, intermittent periods of instability, discord, and conflict in China sent successive waves of immigrants into the colony. Hong Kong’s complex cultural tapestry has been woven with the kaleidoscopic stories of long-time local families, multicultural colonial immigrants, and Chinese refugees and exiles. The singularity of Hong Kong’s experience frequently frustrates authors looking to capture its essence. “Why is telling Hong Kong’s story so difficult?”

How shall I tell her story? How did she find her identity? This special exhibition covers a century of literature written by authors living and working in Hong Kong, embracing a vast body of material and a broad sweep of time.

The five themes covered in this exhibition focus primarily on the five decades after the close of the Second World War. Our narrative begins in a quiet colonial backwater, proceeds through left-right ideological chaos, and arrives, through the engagingly written pages of contemporary literary works, at a crystallization of the modern ‘Hong Kong’ identity. The ‘My City’ of yesterday has become the ‘Our City’ of today. Taiwanese should never forget the tenacity of Hong Kong’s authors and literary community, their success in dispersing the pall of confusion, and the experience and lessons that we have learned from each other.