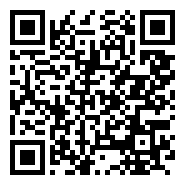 Expanding into the growing economies of Southeast Asia was the dream of every earnest businessman in Taiwan during the early decades of the 20th century.

For Taiwanese, this region was rife with untapped potential; a land brushed by gentle breezes and graced with dreamy tropical scenery where fortunes were simply waiting to be built. This idealized image of the ‘Southern Realms’ attracted businessmen, travelers, investigators, Buddhist missionaries, betrothed women, and others, creating the foundations for a distinctive new literary genre steeped in the allure of the tropics.

Ting-lan Tsai, a Qing government official and native of Taiwan’s Penghu Archipelago, was the first Taiwanese known to have written a travelogue of his experiences overseas, after being shipwrecked along the coast of Central Vietnam in 1836. The trickle of Taiwanese into the region over the subsequent century significantly increased after the start of the Pacific War in 1941 when Japan, of which Taiwan was a colony, occupied much of the region.

This exhibition begins with the historically important cross-border marriage between two powerful families in, respectively, Banqiao (northern Taiwan) and Medan (northern Sumatra, Indonesia). This ‘joining of forces’ set the framework for the introduction and transformation of classical Taiwanese poetry in Southeast Asia. This exhibition assumes the perspective of Peranakan (Southeast Asian Chinese) Queeny (Fu-ying) Chang (1896-1986) and examines the motivations that encouraged Taiwanese literati to travel to Southeast Asia during this period. The literary contributions of Peranakan authors, replete with descriptions of the region’s people, products, climate, and scenery, is also introduced. Furthermore, exhibition visitors follow Queeny and her husband, Ching-jen Lin, on their travels through Xiamen (China) and Taiwan, providing a rare window on the Lin family’s earlier emigration from Taiwan to coastal China and, ultimately, to Southeast Asia.

Queeny Chang’s autobiography Memories of a Peranakan sets the stage for this exhibition’s introduction to how Taiwanese classical poetry traditions took root and ultimately thrived in the ‘Southern Realms’. From the distinct and circumspect perspective of Peranakan women, this exhibition reveals the unique set of historical conditions that led Taiwan’s Lin family to breach national, ethnic, linguistic, artistic, and cultural boundaries to form indelible links with its new home in Southeast Asia. This exhibition further introduces the literary impact of the Peranakan experience and the interactive relationship between Taiwan’s classical literary genre and Southeast Asia.

The emigration of well-educated Taiwanese men and women to Southeast Asia was more than just a clash of cultures, perspectives, and ideas. It created a unique body of work that added beautiful new threads to this region’s richly polychromatic tapestry.